Who wills, can. Who tries, does. Who loves, lives!

The guillotine is now sharp
Ready for the heads of those
…Who made us starve?
Our whole system was corrupt
They’ll get what they deserve
Just leave it to the judge

With new schooling we can revive
We have the brains lets use them right
Is there hope for us or not
Ya masryeen stay strong!

He grabs the bill and pulls it hard

from the hands of girl who owns a car,

he wants the money she feels the hate.

She gave him some but he wants it all,

he stabs her with a look that says it all.

I wish you hunger i wish you death.

I’m sick of eating from the garbage,

I’m sick of living in the street,

I want to taste that fancy food she eats.

I want a house and a brad new car,

I’m sick of being poor i want it all.

In a world of thieves why cant i just be one

I feel bad… oh who am i kidding

The streets are hosting a bloodshed

In for the kill.

Driven by the hate.

We prays for change, lets pave the way.

With a human sprit give those who need.

Its time to eliminate the hate,

lets give it a try its not too late.

“Sometimes we need to stop analyzing the past .. stop
planning the future .. stop trying to figure out precisely how we feel
.. stop deciding with our mind what we want our heart to feel and
sometimes we just have to go with “whatever..happens..happens”

Filed under: Uncategorized — mustwriteit @ 5:32 am

I don’t know why we all hang on to something we know we’re better off letting go. It’s like we’re scared to lose what we really don’t have. Some of us say we’d rather have something than nothing at all, but the truth is… to have something halfway is harder than not having it at all. 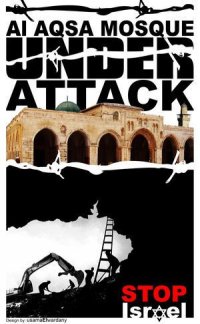 A thousand tears I cried for Al-Aqsaa … I can’t think what I will do or how will I feel if one day I wake up and the mosque is gone!!

I keep picturing the day I stand before god and when he asks me what have I done to save this holy mosque, the holy place which we all long to pray in and all I have to say is I cried!

I am ashamed that no one is stopping what is going on. It’s not just the heritage we are losing, this is even more than the land of Palestine itself its a religion.

We must do something for this mosque, we can’t stay and wait and say that god would create a miracle to save the place, for the time of miracles is long gone. In the Quran its written “إن الله لا يغير ما بقوم حتى يغيروا ما بأنفسهم” God does not change the condition of people until they change it themselves; so i wish that everyone would start with himself write something do something, try to make a statement. Make people hear what you have to say.

Take the issue personally this is a holy place in the land of peace it brings us all together no matter what our religion is we have to make a stand to save peace, to save history and most of all save humanity. Enough with war when it comes to god when it comes to a holy place…

I pray that soon there will be an up raising and a change! I don’t want the prophet to be disappointed of his people of us; he fought for a cause and we have to at least save what he spent all of his life teaching. He taught us to spread our religion in peace and when it comes to fighting we have to fight for our religion when its under assault. Lets not bring him shame and make him proud; and last but not least lets make god proud and show him how much we care and cherish him and cherish his religion.

“Do you want me to tell you something really subversive? Love is everything it’s cracked up to be. That’s why people are so cynical about it. . . . It really is worth fighting for, being brave for, risking everything for. And the trouble is, if you don’t risk everything, you risk even more”. Erica Jong in How to Save Your Own Life (1977)

Dorothy Parker, A Very Short Song
Once when I was young and true,
Someone left me sad-
Broke my brittle heart in two;
And that was very bad.
Love is for unlucky folk.
Love is but a curse.
Once there was a heart I broke;
And that, I think, is worse.

Charlotte Bronte, Parting
There’s no use in weeping,
Though we are condemned to part:
There’s such a thing as keeping,
A remembrance in one’s heart…

The Great Way has no gate.
Clear water has no taste.
The tongue has no bone.
In complete stillness, a stone girl is dancing.
~Seung Sahn

Next Page »
Must Write It
Create a free website or blog at WordPress.com.